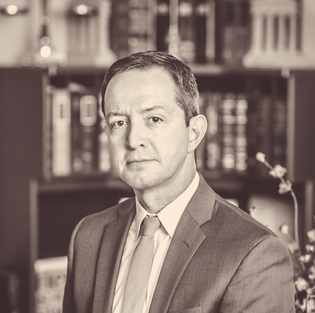 Mr. Shepherd’s practice focuses on a number of areas, including tribal economic development, tribal government development, commercial and business transactions, contract/lease review and negotiation, tribal court development, Indian Child Welfare Act matters, federal grant policy and procurement issues and day-to-day general counsel services to Tribes and Tribal entities.
Prior to joining the Firm, Mr. Shepherd served as the Deputy Attorney General for the Cheyenne and Arapaho Tribes of Oklahoma where he worked with tribal, city, state and federal agencies on tribal jurisdiction issues surrounding the Supreme Court ruling from McGirt.  He also helped guide and direct tribal and state court personnel on ICWA policy and procedure.  He also serves as outside General Counsel to the Iowa Tribe of Oklahoma.  He has previously worked in many tribal courts across the State of Oklahoma where he has represented tribal clients in criminal, juvenile and civil matters.  He has also practiced in the area of probate law and estate planning in state, tribal and BIA courts.
Mr. Shepherd received his J.D. from Oklahoma City University School of Law and graduated as a Merit Scholar and a Seminole Nation Scholar.  While attending Law School, he was chosen to participate in the Jodi G. Marquette American Indian Wills Clinic where he helped draft and execute last will and testaments for tribal members in Oklahoma owning trust or restrictive property.  He served and was involved in the Native American Law Students Association, the Alternative Dispute Resolution Group, and the Criminal Law Association.  Mr. Shepherd graduated with his Bachelor of Science in Business Administration with an emphasis in Pre-Law from Oklahoma State University.
Mr. Shepherd is an enrolled citizen of the Seminole Nation of Oklahoma. He is also extremely proud of his Muskogee (Creek) Nation Heritage.
Mr. Shepherd is licensed to practice law in the state of Oklahoma, the Iowa Tribal Court, the Tonkawa Tribal Court, the Ponca Tribal Court, the Cheyenne and Arapaho Tribes Tribal Court, the Muskogee (Creek) Nation District Court, and in the Seminole Nation Tribal Court.