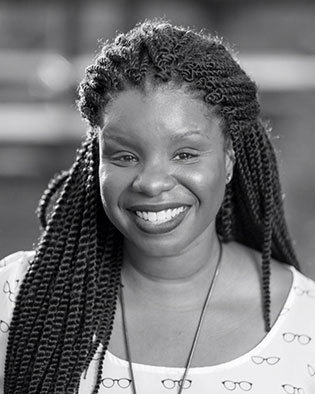 Ms. Love’s practice focuses on a number of areas, including tribal labor and employment, government relations, corporate governance, policy development and analysis, code development, and constitution reform.
Prior to joining the Firm, Ms. Love served as Assistant General Counsel at Fort McDowell Yavapai Nation, where she regularly advised the Tribal Council, as well as the Nation’s government divisions and 9 enterprises. While with the Nation, Ms. Love’s focused on the development of policies and procedures for the Human Resources Departments (government and enterprise) and the Housing Department. She also developed bylaws for multiple tribal boards and committees and negotiated countless contracts on behalf of the tribal government and enterprises. Notably, Ms. Love helped the Nation establish an endowment for Native American students attending law school at Arizona State University.
Ms. Love previously had her own law office in Chandler, Arizona, where she provided general counsel services to tribal governments and enterprises, with a focus on labor and employment issues. Additionally, Ms. Love served as the acting Director for the Salt River Pima-Maricopa Indian Community’s Office of Congressional and Legislative Affairs.
Ms. Love received her J.D. from the Sandra Day O’Connor College of Law at Arizona State University, where she earned a Certificate of Indian Law from the ASU Indian Legal Program. During law school, Ms. Love served as a Note & Comment Editor for the Arizona State Law Journal, the school’s main law review publication, and won multiple awards for her writing and leadership skills. Ms. Love received her Bachelor's degree from the School of Journalism and Mass Communication at the University of North Carolina at Chapel Hill, where she will always be, in her mind.
Ms. Love is licensed to practice in the state and federal courts of Arizona, as well as the courts of the Hualapai Tribe, Gila River Indian Community, Fort McDowell Yavapai Nation, and the Hopi Tribe.
Outside of work, Ms. Love is a dedicated wife and mother of 4 girls, and she is actively engaged in her community by serving on the Board of Directors for Planned Parenthood Advocates of Arizona and South Chandler Self-Help Foundation. She is also an appointed member City of Chandler’s Human Relations Commission and Merit Board.