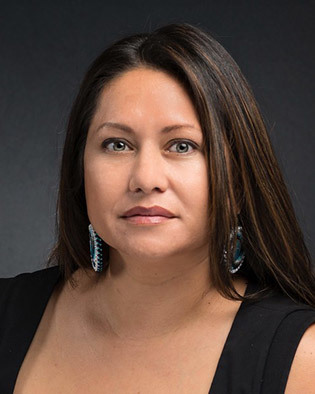 Prior to joining the Firm, Ms. Andreas was a Directing Attorney for California Indian Legal Services where she regularly advised and represented multiple Tribes and a tribal consortium as general counsel regarding both internal tribal decisions and their compliance with both applicable federal and tribal law, and external matters such as contracts and leases. Ms. Andreas has represented tribes in multiple ICWA cases and represented tribes in both state and federal court when necessary to further tribal sovereignty or defend on grounds of sovereign immunity.

Before becoming a full-time attorney Ms. Andreas served as Tribal Council for her own tribe, the Bishop Paiute Tribe. Ms. Andreas also previously served on the Board of Trustees for Owens Valley Career Development Center, a large multi-county Tribal TANF consortium in California.

Ms. Andreas received her J.D. from the Sandra Day O’Connor College of Law at Arizona State University, where she earned a certificate of Indian Law from the ASU Indian Legal Program. During her law school experience, she clerked at DNA Legal Services both in their Farmington office and on-site at the Jicarilla Apache Reservation at the tribal court. Ms. Andreas graduated Summa Cum Laude with her Bachelor’s degree in humanities from Fort Lewis College in Durango, Colorado with an emphasis in Indian studies (prior to the college having an Indian studies major). Prior to college Ms. Andreas graduated from Sherman Indian High in California, a remnant of the old boarding school system where her grandfather had formerly attended as a trade school.

Ms. Andreas is licensed to practice law in California, the Federal District Court for the Eastern District of California, the United States 9th Circuit Court of Appeals, and in the Bishop Paiute Tribal Court.